As CES 2016 wrapped up this week in Las Vegas, Rogers was found to be featured in CES Daily magazine, January 9, 2016 – Day Four Edition, on page 50 of the audio section.
The new 34S-1 Integrated Amplifier was discussed. Some general information and features were highlighted and can be seen below. 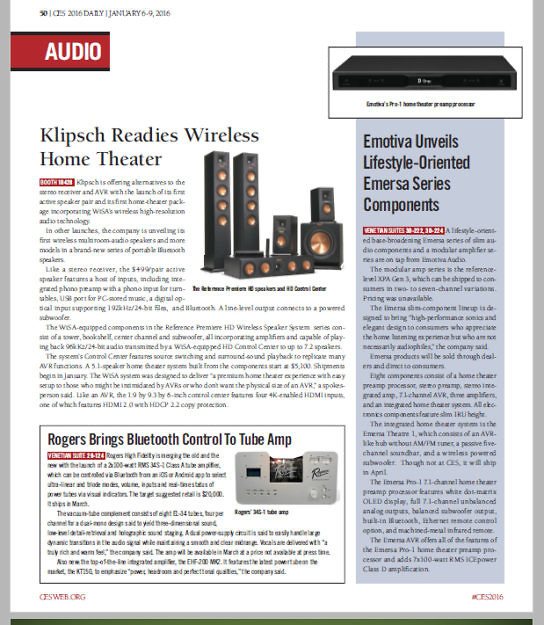 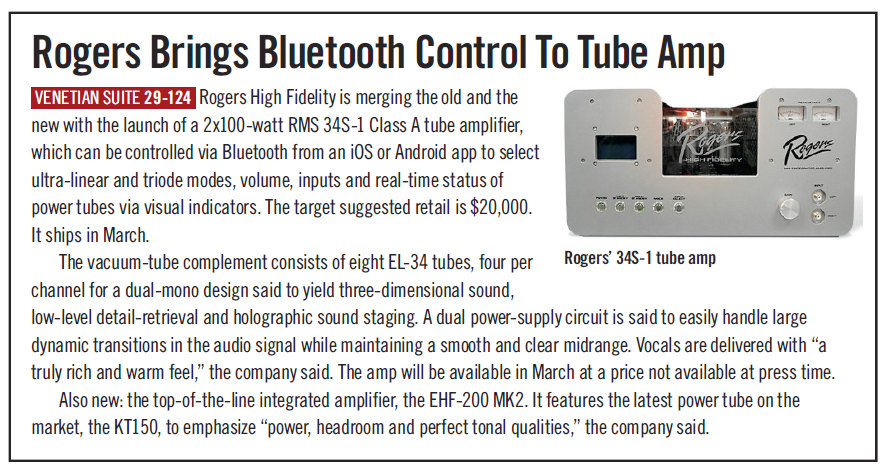