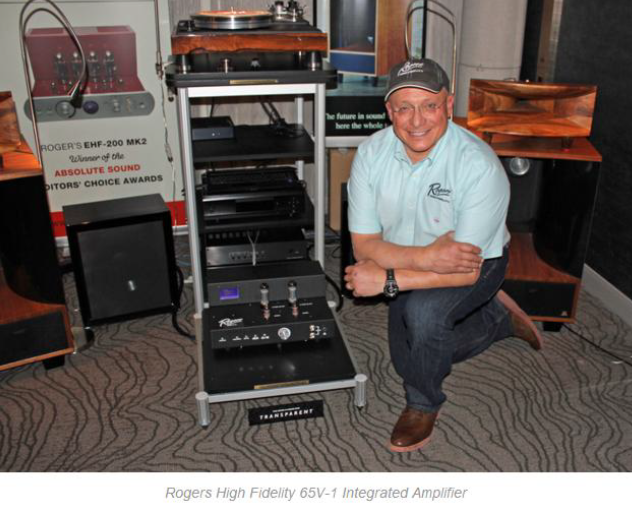 Rogers High Fidelity 65V-1 Integrated Amplifier
“How about a single EL34 operated in single-ended mode? That’s what the Rogers High Fidelity 65V-1 integrated power amplifier ($4000) is all about. Roger Gibboni is not your ordinary audio designer. He brings with him an extensive background in aerospace engineering, which is reflected in how products are designed and manufactured. The 65V-1 is intended as an entry-level product but is definitely not a watered-down version of one of Rogers’ big push-pull amps. The intent was to attract Millennials with a product that is not only affordable but also technically cool. I think that the combination of an iOS interface platform in the context of a single-ended tube amp qualifies as such. An iPad app that’s freely available from the Apple App Store allows the user to control volume, operating mode (ultralinear or triode), and to change inputs remotely. The combination of an EF86 small-signal pentode input stage and an EL34 power pentode has been fairly popular in musical instrument applications but has not been sufficiently explored in high-end audio. The combination of the 65V-1 and the Burwell & Sons Horn speaker sounded absolutely lovely.” 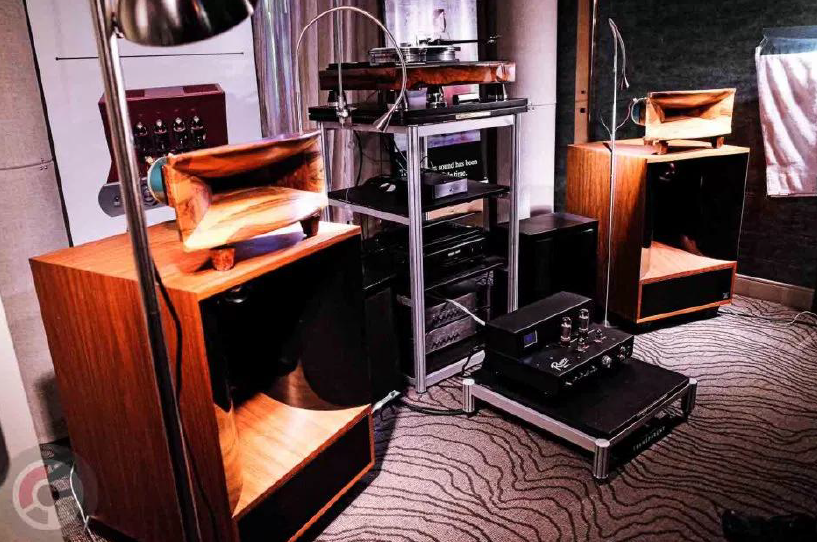 “I roam the halls looking for that next big innovation, that highly complex DSP controlled newfangled way of doing things. Sometimes I find it. Sometimes it’s good. However all too easily we can overlook the solutions of the past… Burwell & Sons were one of the more memorable rooms at Axpona when teamed up with long time friends at Rogers High Fidelity. Albeit within this familiarity, something is different. For one, Roger’s national sales manager Robert Pleyer decided to power this system with their 65V-1 ($4,000 USD) all Class A, 25 watts per channel (EL-34 and KT-88) integrated amplifier, with enough app control and wireless features to convince you quickly that “younger generations” can welcome this blend of classic technology into their already tech happy lifestyles. Bravo! For two, this system’s sound is rocking. Here with less watts and headroom that what I’ve heard in previously, thoughts of doubt mingle. Ultimate control might suffer from lack of juice, but to my hearing, it is not. It should also be noted that friend and audio guru Jeremy Kipnis of Kipnis Studio Standard (KSS) was on hand to aid Gordon and Robert in the fine tuning and implementation of their exhibit. Whatever that costs, it was worth it.When you add in the VPI Classic 4 ($15,000 USD), cables from Transparent, Oppo’s Sonica DAC ($800 USD), you can easily cherry pick from this room to compile a system of highly esoteric quality with considerable savings further up the chain. As someone wise once said, put your money on the speakers.” 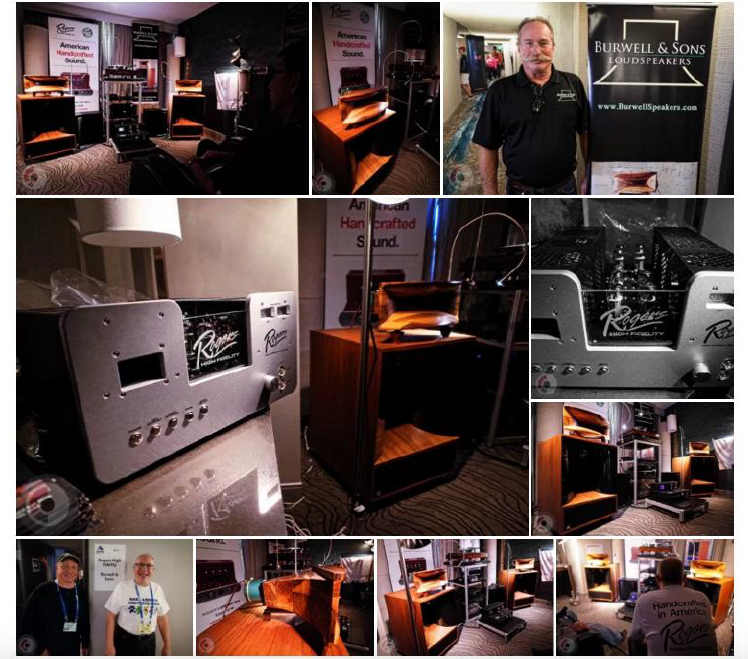