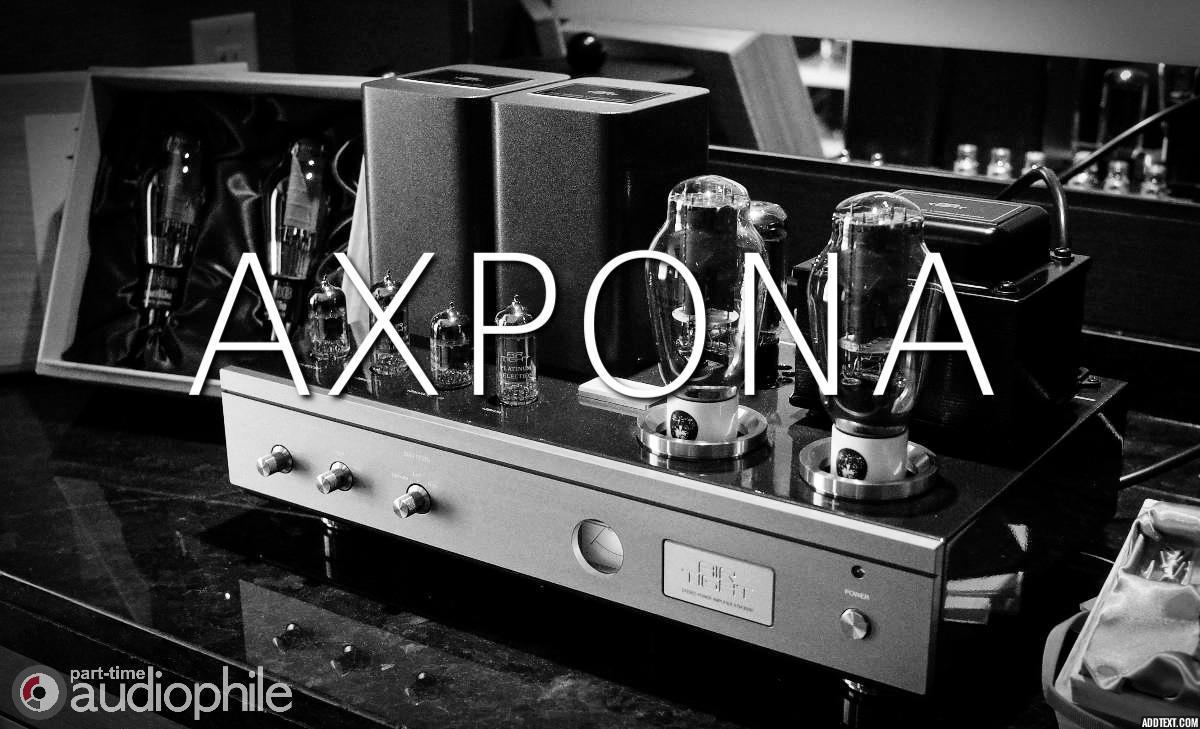 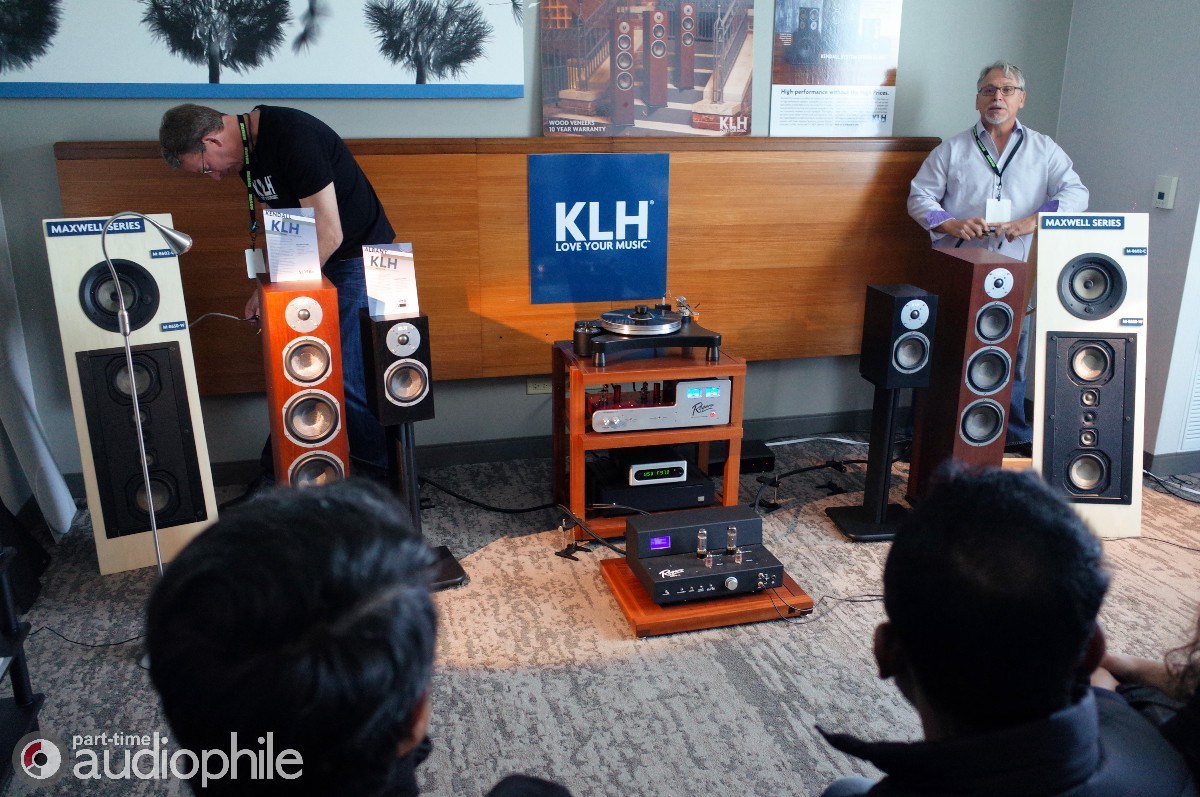 Of the new KLH’s twelve in-room loudspeaker models in the product line-up, two were on active display at AXPONA. The new Kendall, a three-way tower loudspeaker — and the new Albany, a two-way monitor loudspeaker. As a nod to the KLH brand’s history, each is named after a street in Cambridge, Massachusetts, the birthplace of KLH. Each was finished in a real-wood veneer as standard. Kevlar mid-bass and mid-range drivers abound, with anodized aluminum tweeters rounding out the top-end. Unheard of is a ten-year warranty on all of their passive loudspeakers. That is an insane amount of security for such a painless investment.

The Kendall tower loudspeaker garnered the most of my attention as it was able to flex all of it’s best attributes with such capable amplification. Bass was deep, solid, tight, and not overblown. Mid-range had a bloom and tone that definitely exceeded the thirteen-hundred dollar asking price. Top-end was a little hot, but that’s to be expected as the loudspeaker line-up is not just geared for two-channel listening, but home theater as well. I could even see myself enacting the often forbidden use of tone controls to tame the top-end during more critical listening.